Honor Run; a small race with a big heart

I was given a complimentary entry to the Honor Run as part of being a BibRave Creator.

While running is a big motivator to me when I sign up for races, events surrounding those races are also a big drive. I had previously heard of The Honor Run from watching fellow BibRave Pro Bluegrass BAMR share her race experience pre-covid. It looked like a fun race, it was nearby, and the proceeds went for a great cause. Honor Flights.

The Honor Run is held in Florence Kentucky near the semi-famous Florence Mall. The race starts under the just as famous “Florence Y’all” water tower and winds around various streets of Florence. Proceeds from this race go to help fund trips to DC for war veterans so they may visit the memorials put in place to honor their service. That in and of itself is motivating for anyone to participate in this race but is extra motivating to me because I have personally seen these memorials and the honor flight recipients to get to tour them. It is hard not to feel proud and profoundly patriotic when you are there and even among some of these veterans who are being paid tribute in these memorials.

Since the hubby and I were celebrating our 20th wedding anniversary we decided to head to Florence and spend the night. Florence is located an hour and half from my home so we could easily make it a day trip, but we decided a small family vacay was in order. So we headed up north Friday evening getting in town early enough for packet-pick up before checking in to our hotel and heading out for dinner for the night.

It ended up being way brisker in Florence than was expected so we decided not to drive into Cincy for the night and grabbed dinner close to the hotel. The boy child is still training for wrestling so he had us in the gym at the hotel again. It was nice to get some movement in after sitting in the car. After a little sweat session we hung out playing cards and trying on our new Honor Run hats.

Disclaimer – I am the queen of Murphy’s law for race day. It doesn’t matter how well I prepare something always manages to happen. This race was no different. After deciding to drop to the 10k due to the cold and my lack of training, I spent the morning taking my time to have some coffee, eat breakfast and spend time with my family. While in the breakfast line I overheard the hotel manager telling guests they could no longer leave the hotel due to road closures for a local race…my race. To say I began to panic was an understatement. Not only did I need to get out of the hotel to get to the start line, but I also had picked up my fellow BibRave Pro’s packet and had her bib! After heading out and talking to the officer on duty, I was given permission to leave and head over to the Florence Mall. Whew. Parking is across from the actual mall, and about a half-mile from the startline…which happened to be my warm-up as I got there just in time to give up the bib, get a photo, and start the race.

Dramatic start notwithstanding, the rest of the race was fantastic. This is one of the many races I have run in my life completely untrained. While I did my fair share of walking, I ran most of the race and a lot more than I had anticipated. On top of this, the volunteers at the aid stations were fantastic, and there were plenty of spectators to give cheers and additional motivation. Not to mention I was even able to walk the day after the race! Post-race was set up with lots of vendors as well as post race fuel including coffee and Skyline Cheese coneys. Not many people stuck around because of the cold, so we headed out pretty quick after finishing. Having celiac really sucks in terms of post-race fueling but the honor run had chocolate milk and bananas which was greatly appreciated.

Overall the race experience for the Honor run was more than satisfactory. Running hasn’t been much on my radar lately, life has been a series of bumps and bruises but running this race has been a true reminder of how much I love this sport. It is something I always come back to, a relationship that ebbs and flows, but remains constant. Being part of a race that is set to not only honor those who have served for our freedom, but our great country gives perspective to things. Running is a gift, and having the freedom to run should not be taken for granted. 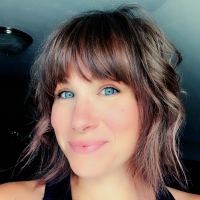